Conference tours/professional visits will take place on the afternoon of Wednesday 20th September. Participants should assemble by 1.45 pm at the entrance to the museum. Travel for the tours PV1, PV2, PV3, PV4 will be by U-bahn public transport. Please bring change for your train ticket unless you already have a travel pass.

Delegates registered for that day may choose from one of the following options, at no extra cost: 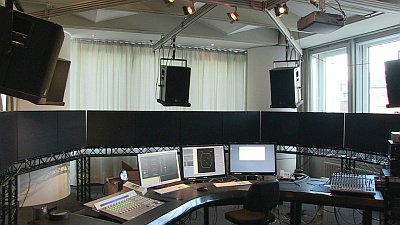 Research and teaching of the Audio Communication Group is dedicated to the communication of music and speech in acoustical or electro-acoustical systems. This includes topics such as electroacoustic recording and reproduction technologies, 3D audio by binaural technology or sound field synthesis, technologies for the composition and realisation of electroacoustic music and sound art, and empirical approaches to study the reception of media content.
The department runs two electronical studios with a 12 resp. 8 channel loudspeaker setup, a wave field synthesis laboratory with 192 channels, a 3D media lab including 180° panorama projection and dynamic binaural reproduction, and the world's largest wave field synthesis installation with 832 channels and 2704 loudspeakers. The audio communication group is organizing the master program in Audio communication and technology and contributes to the Tonmeister studies organised by the University of the Arts (UdK) Berlin. 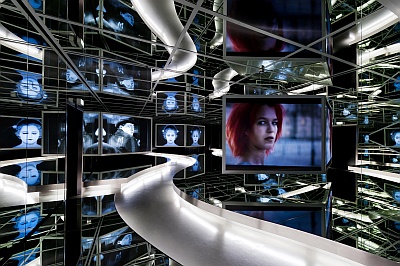 The German Cinematheque (Deutsche Kinemathek – Museum für Film und Fernsehen) brings together the visual cultures of film and television and sheds light on the past and current history of both media. This combination is entirely unique in Europe.
The museum's permanent exhibition dealing with cinema draws on the rich collection assembled by the German Cinematheque since its inception in 1962. Among the highlights of the collection include Marlene Dietrich's extraordinary legacy as well as several other estates gifted to Berlin by filmmakers forced into exile. Visitors embark on a journey through a century of German film history in a display that uses mirroring effects, the orchestration of light and surprising passages to capture the fascinating power of film and the magical atmosphere of cinema. Film clips alternate with historical objects, while multimedia stations help to deepen visitors' knowledge and understanding of the genre.
The exhibition examining German television opened in 2006 and offers an entertaining overview of five decades of TV history in both East and West Germany. It enables visitors to immerse themselves in their own personal TV past and encourages them to take on a more conscious perception of TV images and programmes.  Special exhibitions serve to complement the cultural and historical context of film and television. [Photo: Ständige Ausstellung, „Spiegelsaal“ Foto: Marian Stefanowski, Quelle: Deutsche Kinemathek]

The German Broadcasting Archive (DRA) is a joint institution of the ARD and Deutschlandradio. It is a charitable foundation under civil law, with locations in Frankfurt am Main and Potsdam-Babelsberg.

The comprehensive collection includes analogue and digital sound and picture documents, documentary records, printed media and historical objects. The archive encompasses significant parts of the audiovisual tradition in Germany and reflects the development of the German broadcasting before 1945 as well as radio and television of the former GDR.

The DRA was founded in 1952 as the “German Broadcasting Sound Archive” and renamed the German Broadcasting Archive in 1963 following constant expansion of its responsibilities. In 1994, the former GDR’s radio and television broadcasting archive with 40.000 hours of video and more than 100.000 hours of radio productions was incorporated into the Berlin location, today based in Potsdam-Babelsberg. 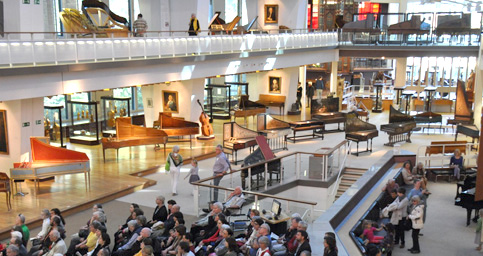 The Staatliches Institut für Musikforschung (SIM) is a research institution for musicology with wide-reaching fields of activity. Situated in a building designed by Hans Scharoun at the Berlin Kulturforum between the Berliner Philharmonie and the Sony-Center, the institute is a place of historical and theoretical reflection and at the same time a place where both music performance and its study are conveyed to a broad music-loving audience. For the latter purpose, the Musikinstrumenten-Museum (MIM) provides an ideal forum, hosting various events, from academic symposia to lecture recitals with Early Music performances on period instruments of the museum’s collection to interactive sound installations.
The Staatliches Institut für Musikforschung is an institution of the Stiftung Preußischer Kulturbesitz.

The tour will focus on the wax cylinder recordings of the Berlin Phonogram Archive, made between 1893 and 1952, and approach questions of digitization, research, access, and publication.